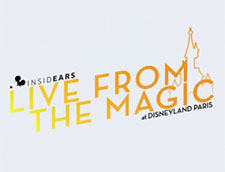 A first article, published on March 1, 2021, gave you a lot of information about the renovations of shops, signs and accessories. Here, today, a new episode which is, him, centered on three attractions, their repairs and new elements. Because even while the park is closed, the Disney magic continues.

It is one of the biggest attractions in the park and it is certainly home to the most impressive mechanics. A team of 5 people, who work in the morning and in the evening, ensures its maintenance day and night by. Part preparation and train control are among their daily missions. From the harnesses that keep passengers safe to the wheels, control is complete. Even, currently, during the closing, the merry-go-round rotates regularly in order to be perfectly operational on the long-awaited day of the reopening.

The catapult is packed with safety equipment including 21 brakes and anti-return elements. It took ten or ten days to equip it with a brand new cable and pusher. The latter is, in fact, the vehicle that sends the trains into the attraction. It has the same catapult system as the aircraft carriers. The motors of lift B in the second climb will be changed very soon. The trains were used in 2017 and they have thus gained in reliability. The harnesses have gone from a mechanical system to a hydraulic version with electric assistance.

More than 200 steps lead to the top of the cannon from where the view is breathtaking.

Taking advantage of the forced closure, the maintenance teams here carried out work on the wooden frame, which took them around a month. Every two or four years, the slides, which wear out over time, must be changed. Normally and in an emergency this is done overnight and it takes several days for a single slide. The closure of the park has reduced this period to two days. So it only took a week for a team of five people to change everything, using an electric winch.

Steps have been changed and made with anti-slip. They allow personnel to navigate along the rails. These are checked every day and sections are changed regularly.

It has already taken two weeks and 10 technicians to start replacing 32 air reservoirs that keep the brakes closed, if needed.

Note that each night, when they have transported the Guests well throughout the day, the wagons take a well-deserved rest in their garage.

When Disney magic transforms an attraction

The Studio Tram Tour attraction is being transformed to reopen very soon on the theme of the film ‘Cars’, in particular thanks to the landscape, modified to recall Route 66, in New Mexico.

The existing vegetation has been integrated into the project, as well as adapted species which have been added and will recall California. Research has been done on soils, plants and climate. Everything has been thought out for the comfort of the different varieties.

Giant sequoias, emblematic trees of great American parks, come from various European countries, in order to limit transport and stress. Thus it is about 500 trees which were chosen one by one in nurseries and implanted. One of them, a Quercus Robus, exceeds 14 m. It therefore justified special transport and the shrouds give it stability against the wind. Blue-tinted Picea from Colorado are associated with hard and rough Picea Omorikas. As for the bushes and shrubs, blood dogwoods with red branches, beeches, bowers and country maples have also found their place. All of this ultimately results in a landscape that perfectly highlights the story of our friends from Radiator Springs.

Disneyland Paris is already announcing a new episode to us and we will therefore be delighted to meet you very soon for new adventures.