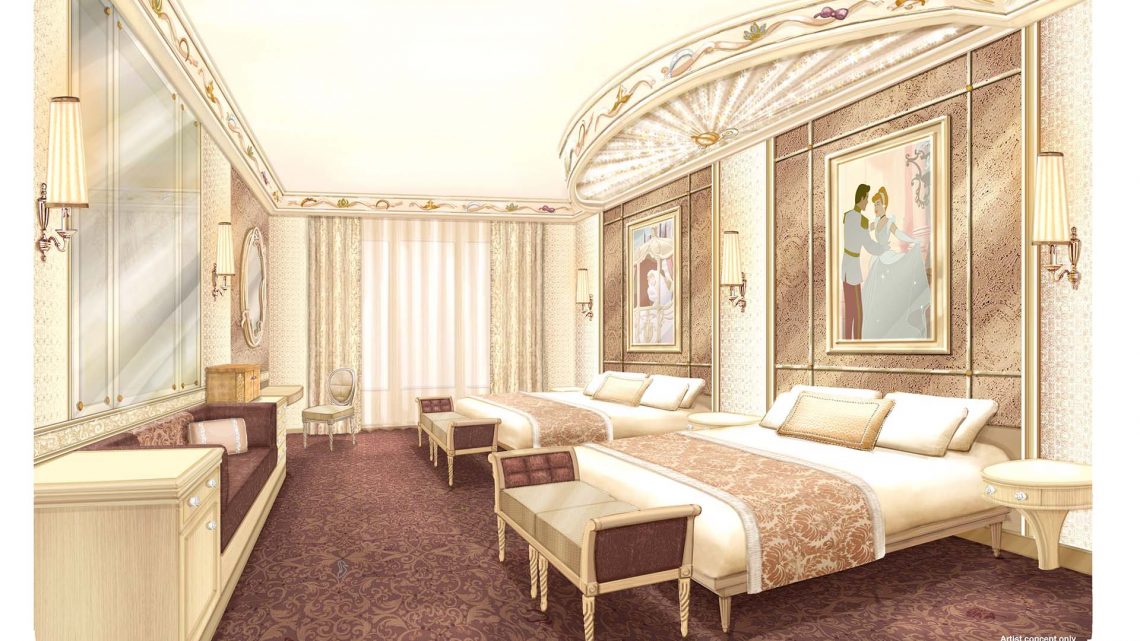 The many hotels in the Disney parks are currently the subject of an ambitious multi-year rehabilitation plan in order to redesign them to offer us even more magic. Let’s take a closer look at Disney’s latest announcement about the Disneyland Hotel transformation.

Sleeping in a hotel in Disneyland Paris is not just lying in a bed and taking a nap until the next day. Disney makes a point of making its visitors travel through their favorite stories. Each hotel has its own theme, with extensive details for total immersion. Not to mention the many advantages linked to the parks (early access, free transport, shopping services, etc.). Disney’s ambition today for its hotels is to add its most famous stories to the ambience of each hotel in order to make the most of your stay.

Disneyland Paris is 7 hotels and more than 7,500 rooms. At present, we can count the rehabilitation of Disney’s Hotel Santa Fe (2012), which has incorporated Cars into its atmosphere, as well as Toy Story characters at Disney’s Hotel Cheyenne, but the hotel is on everyone’s lips right now is Disney’s Hotel New York!

While Disney is putting the finishing touches to its renovation, we can already imagine ourselves in this sumptuous building entirely redesigned Marvel.
It now bears the name of Disney’s Hotel New York – The Art of Marvel, because it will not only be a 4-star hotel, but also a giant art gallery, with more than 350 works scattered throughout the hotel, and produced by more than 110 artists from all over the world. What to put us in the eyes!

Focus on the Disneyland Hotel

The agenda remains all the same the unprecedented announcement made by Disney concerning the renovation of the Disneyland Hotel, which will be draped in royal attire in the image of its princesses.
Iconic 5-star hotel of Disneyland Paris, thanks to its position at the entrance to the park and its impeccable service, it raises the bar even higher with this project.
Indeed, in addition to a timeless royal theme that will propel visitors into the world of our favorite princesses (be it Belle, Cinderella, Aurora, Rapunzel, Anna or Elsa), Disney’s ambition is to breathe a breath of modernity. and technological prowess to offer an improved and personalized service (see the result!).

The rehabilitation of the Disneyland Hotel will not be done by a change of facade, unlike the Sequoia Lodge, but by a total overhaul of the interior. Disney talks about « a revamped pool area, will enjoy an extended spa and […] redesigned restaurants and bars. » In addition, all of the hotel’s rooms and suites will be redesigned to pay tribute to the Disney Princes and Princesses.

Tomás Feier, General Manager of Disneyland Hotel, announces that « a full Disneyland Paris experience can only truly be achieved by staying at one of our themed hotels », and we can’t wait to experience this hotel for real. promising. And who knows, to think of himself as a prince or a fairytale princess. Not you ?